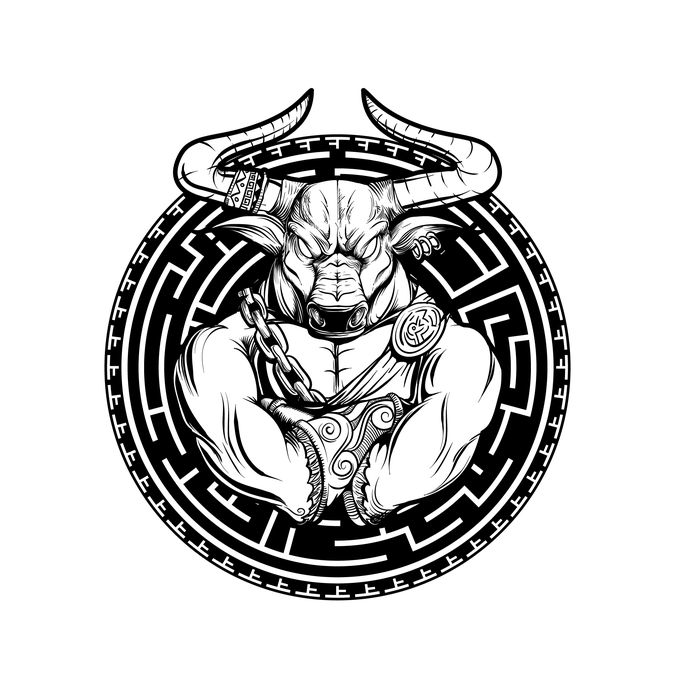 dave.haynes needed a new clothing or merchandise design and created a contest on 99designs.

A winner was selected from 49 designs submitted by 24 freelance designers. 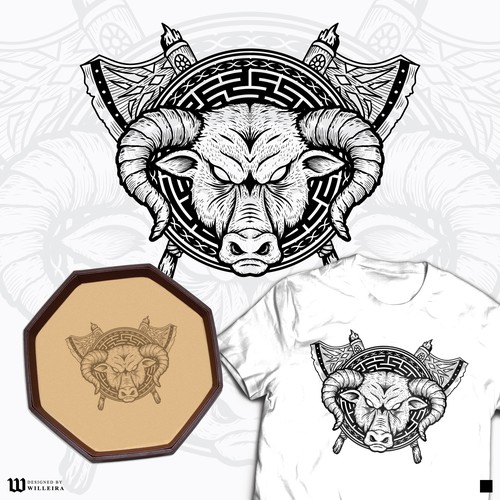 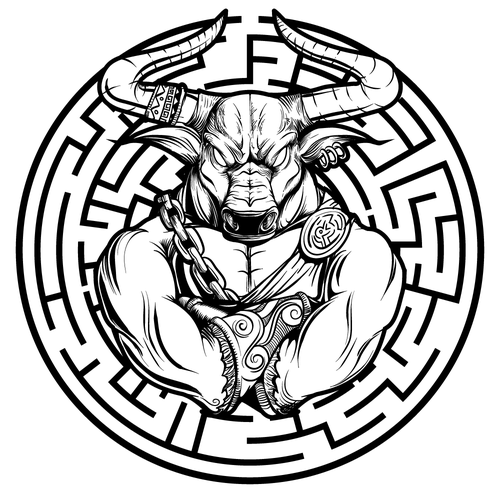 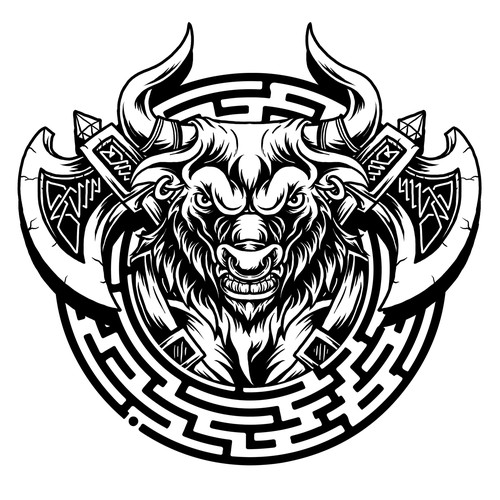 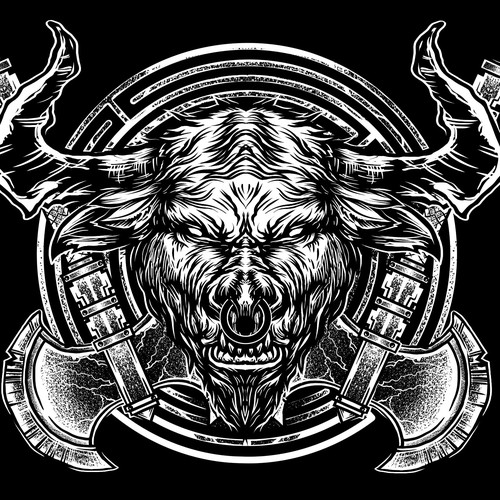 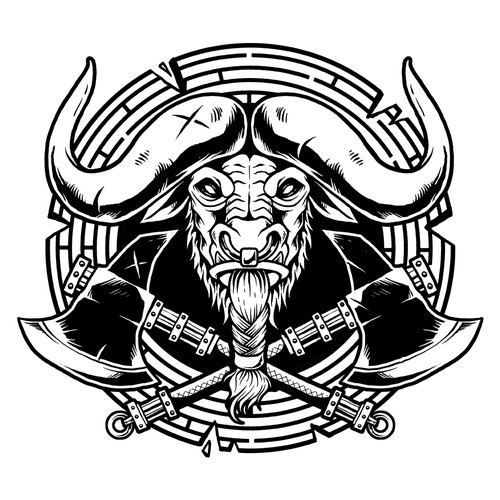 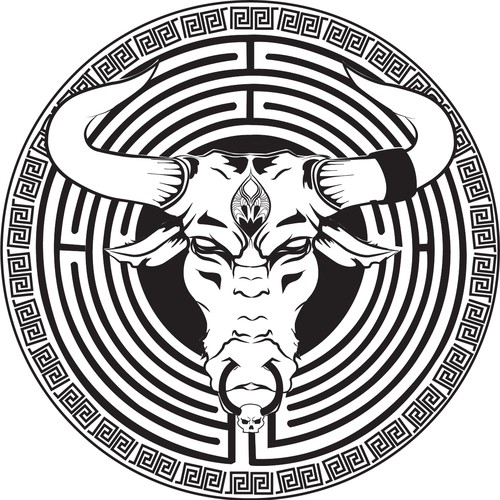 How dave.haynes started their other clothing or merchandise journey

We would like to do a new octagon dice tray, so we would like a graphic of a minotaur in a maze that we will put on the octagon tray. The minotaur should be larger than what is shown in the example image. We'd be fine with it almost busting out of the center of the maze, or even having a large head with the circular maze in the background.

This will have to be printed in a single color on top of felt, but look at the Odin tray we have done -- it's okay to have details, but it has to work as a single color.

You guys are the designers and artists. Feel free to play with the design. The main thing is that it has to look "badass". :)

** UPDATE:
The minotaur must look slightly humanoid in the face. Because we're just doing a head, without a body, you have to know it's a "minotaur" through the face and eyes. Otherwise, it just looks like a cow stuck on top of a maze.

Also, imagine this as a tattoo a tough dude might get. That's the look we're going for. Or the kind of minotaur that would be a sports team mascot.

Please no copyrighted or trademarked material. We would also prefer to not use any stock images because we may want to put this on various things in the future besides the dice tray, like a dice case or a t-shirt. We don't want to deal with the extended licensing of the stock imagery.

Create a logo for an offshore Texas fishing boat for a family of fishing enthusiasts
US$249
It's the name of a fishing boat! Husband and two sons named it (i.e., they're the triple threat when they're out in t...
31
entries
14
designers
Playstar Gaming Mousepad
US$ 399
Playstar is a non-profit gaming organization founded in 2005 whose purpose is to promote gaming of various forms. Tha...
41
entries
11
diseñadores
Create an awesome outdoor themed design!
$ 249
We sell outdoor related/themed apparel, morale patches and merchandise....
88
entries
22
Designer
Sleeping bag design
$299
We produce sleeping bags....
34
entries
5
designers
Illustrations for a hound-apparel company
CHF 199
Creator of clothes, sleeping bags, cushions, apparel and wool products for hounds. Our products are created with meticul
37
entries
9
designers
KE Design
€179
Motorcycle club, all veterans.
58
entries
8
designers

We saved a spot for your other clothing or merchandise contest.

Get started now
Create an Outside the Box, Clever Wine Label for Orange Realty Group!
$199
We are a full service RE company - our target audience is very widespread. Basically anyone interested in buying, selli
12
entries
8
designers
Cheese in Japan
￥32,099
All about artisanal cheese, all over the world. Import/export, research, events and seminars expanding the understanding
25
entries
10
デザイナー数
Fun tongue in cheek design for a liquore store with a cheeky name
$199
Liquor Store by Beaver Lake, AR. Needs to apply to men and women ages 21+.
43
entries
17
designers
A winners gold coin (physical+in app)
199 US$
A smartphone game; an app called TURF
37
entries
5
designers
Skyline Design for Local Merchandise - Austin, Texas
$499
The organization is a blog/instagram account targeting residents of Austin, Texas. The following base is approximately 5
44
entries
7
designers
Esports Merchandise Design
$ 499
We are an esports organization that runs several teams and leagues.
73
entries
16
Designer
Learn more about clothing or merchandise design
See how it works