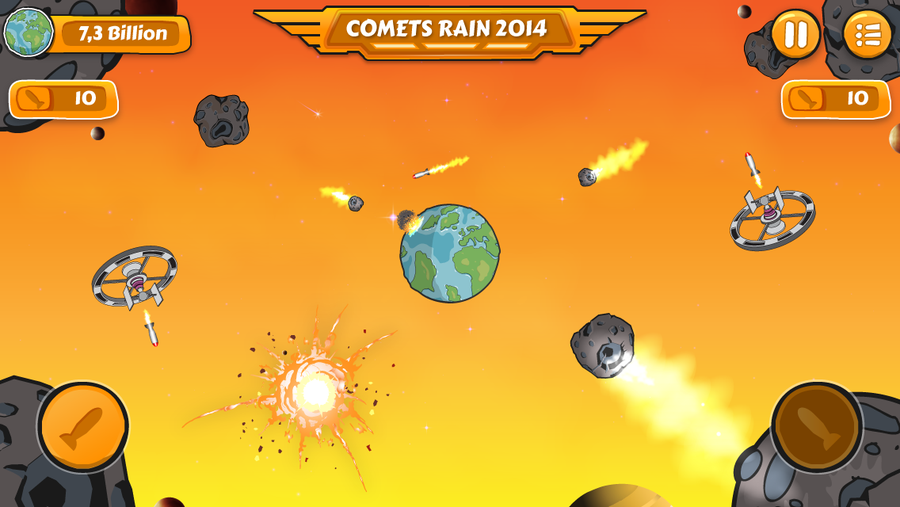 Make the graphical design for the next global blockbuster game hit in the Space Shooter genre!

Rob Inc. needed a new app design and created a contest on 99designs.

A winner was selected from 61 designs submitted by 13 freelance designers. 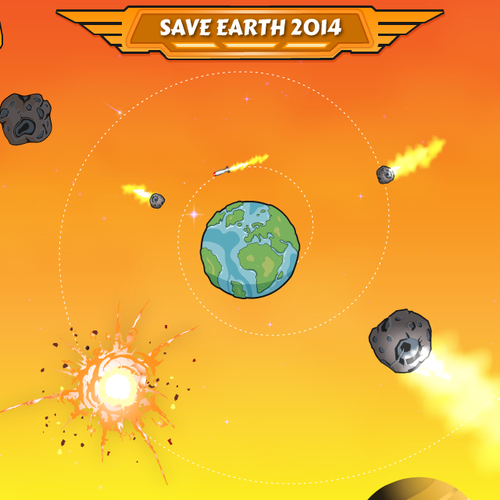 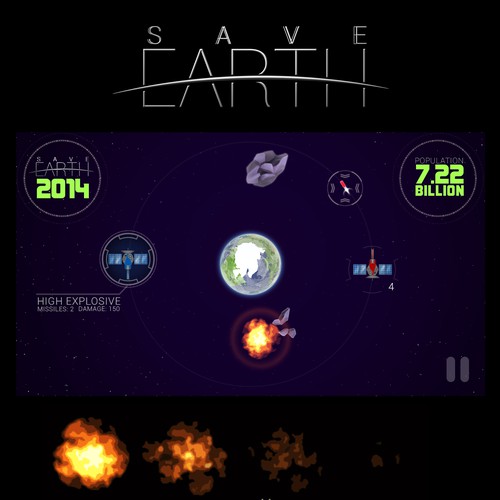 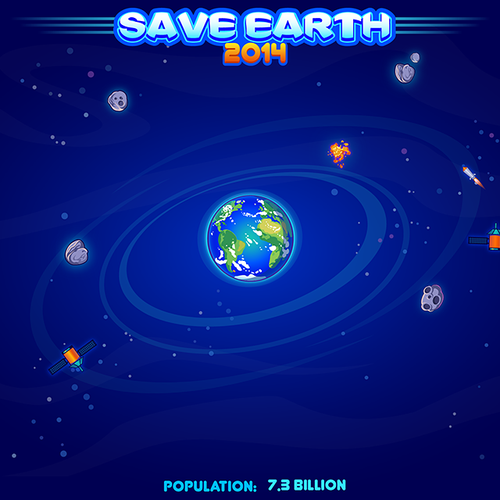 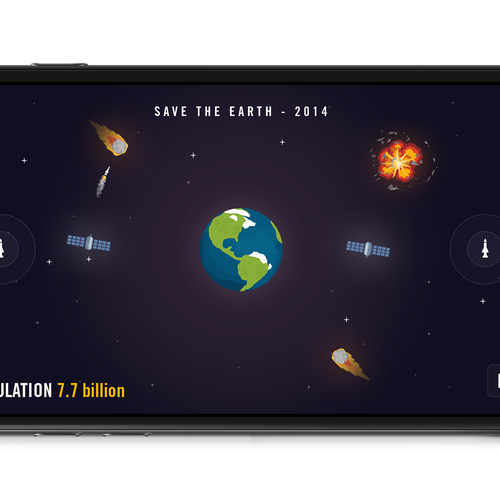 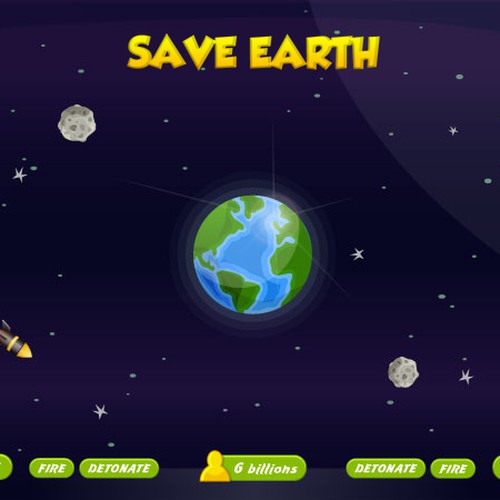 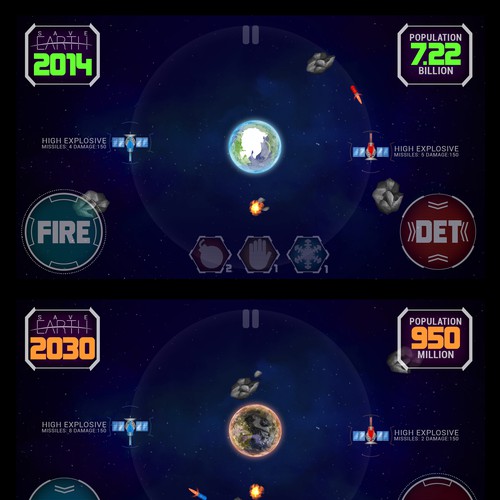 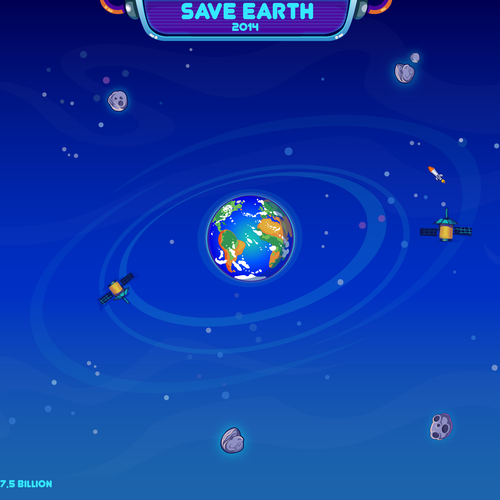 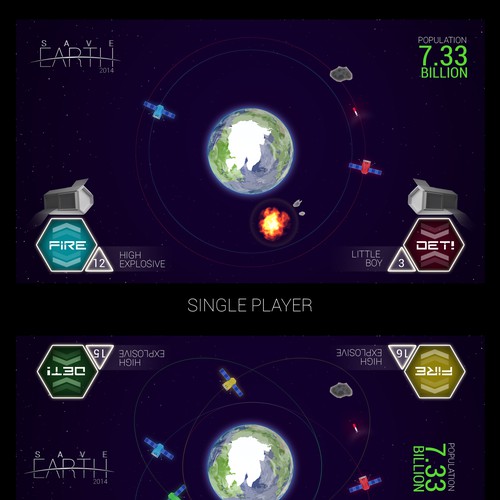 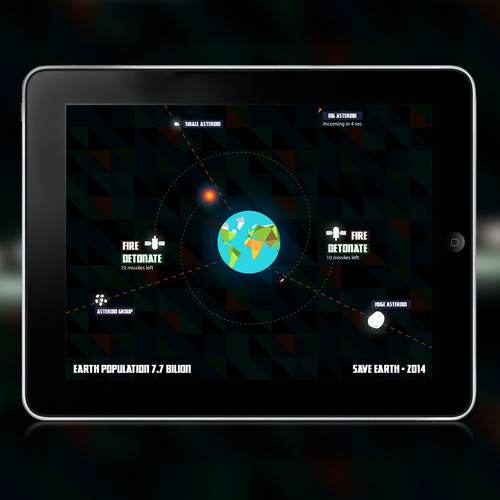 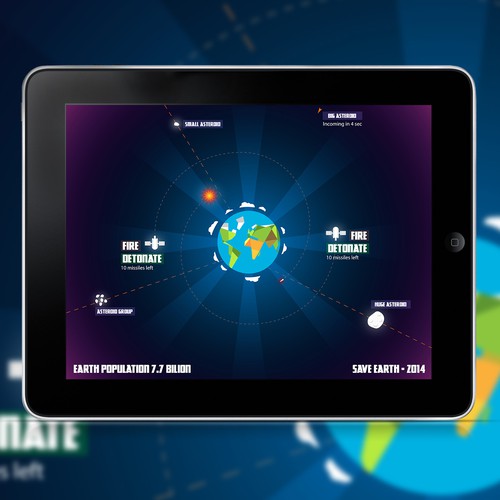 Winner - Dedy S
Dady S was very professional and I liked working with him! :)
- zverka.kaludjerovic

Finalist - DjAndrew
I am thrilled with this logo. DjAndrew is a champ designer. Very patient and effecient. Can't thank him enough!
- Singlingting

Finalist - Dejan990
Working with Dejan was a pleasure. He's not only a great designer with great taste and strategic design thinking, but he's also a great communicator. He provided great suggestions for our design and user experience from his experience, which also helped our tech team to realize the product. Though we had some misunderstanding during the contest, things went well after we solved the problem.
- Anonymous

Game Vision: The game is a new developed idea vaguely based on the old
Missile command-game and the Asteroids game from the 70-80ies. The
main playing screen have earth in the middle surrounded by vast space.

In space there are one to two space stations circling in orbit around
earth. The game starts with one Space Station. The space stations
purpose is to protect earth from asteroids coming from space and flies
towards earth.

Some of the asteroids will pass by earth and some will hit earth if
not destroyed. The space stations can thus fire high explosive
missiles that will fly around earth getting closer and closer because
of Earth’s gravitation and eventually, if not detonated, will crash
into earth, explode and kill some of Earth's population.

Cartoonish but not too childish. The audience is intended to be as
broad as possible regarding gender, country and age.

If you can provide graphics that are/can be vectored that is a huge
plus. At least highres graphics is mandatory.

To be decided. Working name is Save Earth

I want a design for the main playing screen of the game. Earth shall
be in the center of the gaming area and surrounded på two orbiting
space stations. One to the left and one to the right. See attached
sketch for my vision (non-binding!).

This is the screen the player comes to after cling "Start game".

Once the game starts Asteroids start approaching the Earth and the
objective is to destroy these before they crash into earth and kills
some population. The population is shown somewhere on the main
screen.

All graphics shall be vectored or high res to make the game zoomable
and scalabe
to other devices.

Some Asteroids can be partially destroyed midair and divide into 4
smaller asteroids.

The design must include the following elements:

The design may include the following elements:

- Missile explosion hitting earth and showing the number of casualties

It does NOT have to be realistic in design but it can be.

And remember, space does not have to be dark and damp... its a game
after all...

Get started now
Create a UI for a mobile card game app for all mobile devices and web gameplay
AU$ 999
52
entries
5
Designer
Design a playful party game GuessWhat for the new tv
US$599
have you designed for tv yet?
58
entries
4
designers
Design a SIMPLE game that is FUN and pleasing for kids!
US$ 499
46
entries
11
designers
Digital Magazine design - look and feel
$599
127
entries
17
designers
Minecraft Chat App
€739
19
entries
8
designers
Flux Poker Waiting List
US$ 599
61
entries
7
designers
Learn more about app design
See how it works