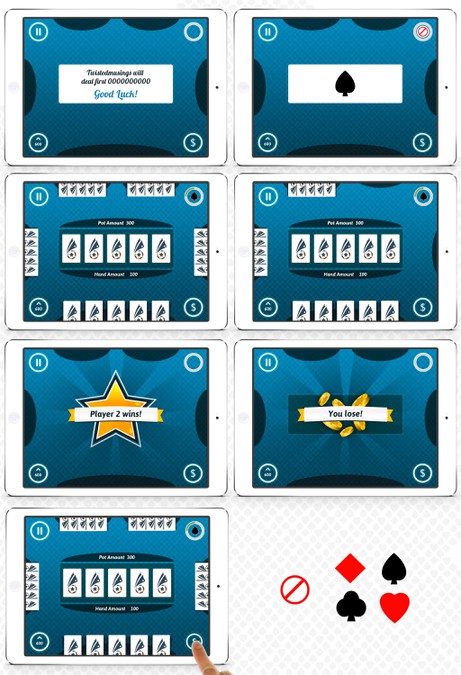 A winner was selected from 18 designs submitted by 3 freelance designers. 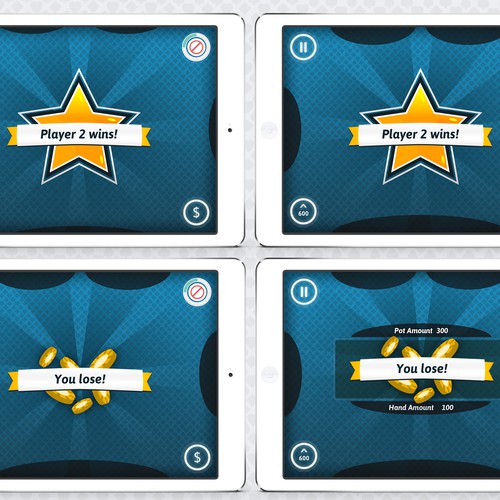 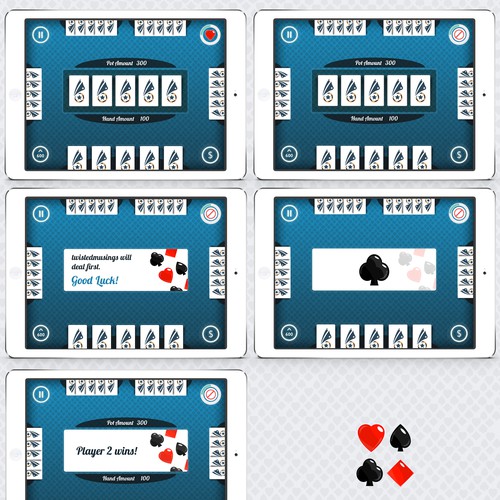 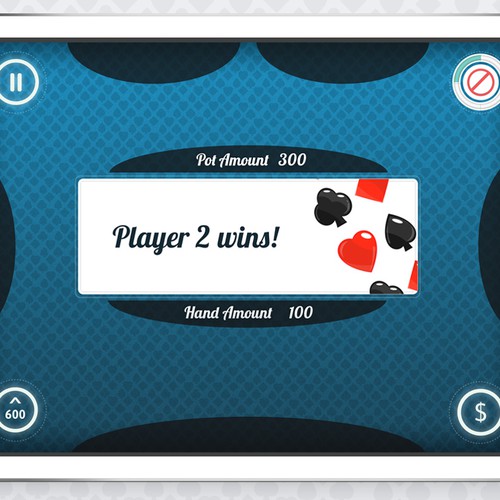 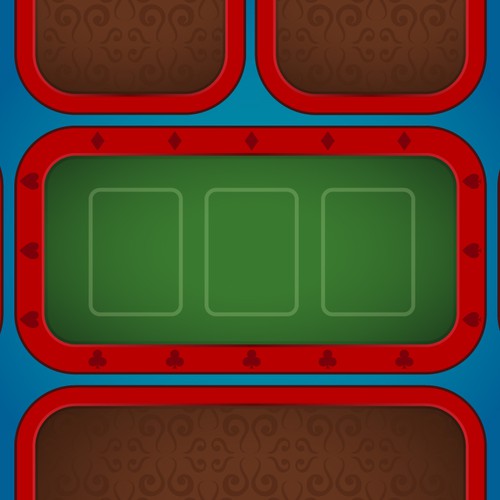 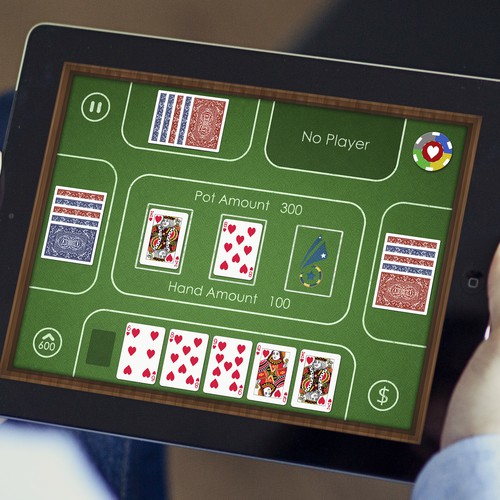 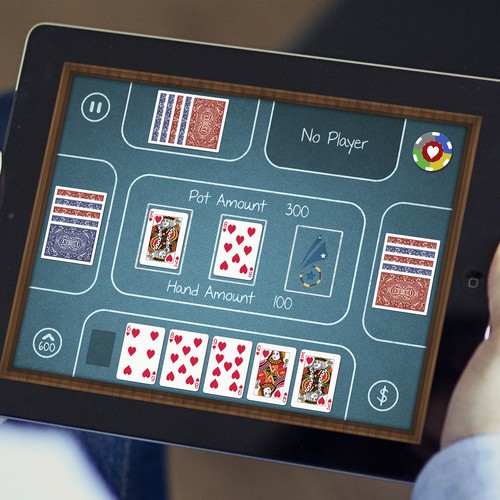 I am looking for a design of the main game playing screen (game board only) for our gaming app.

The app is a new style of card game that will be played by users on their own and against others. 95% of the action within the app occurs in the Main Game playing screen. A document (entitled 'Main Game Playing screen') is attached which contains further information (including a number of screen mockups) and whilst it should be used as a guide, it is not a mandatory requirement to follow the diagrams. Refer below for further information.

The workflow exists as follows.

1. Player opens the app.
2. player makes a selection for the type of game
3. player selects the duration of the game
4. Game screen loads
5. Game commences

The Main Game playing screen will contain the following game actions:
- a nominated number of players will participate (minimum 3, maximum 5)
- a dealer is randomly chosen
- cards are dealt
- players are chosen to play or pass
- cards are kept and then redealt
- players discard one card per round ( for either 3, 4 or 5 rounds)
- a winner is chosen
- Message prompts will appear during different stages of the game.

Further information can be found within the attached Main Game Playing screen document.

The Main Game playing screen must include the following items:
- spaces for the (Main) player's cards
- spaces for played cards (during the course of a game - generally the centre of the screen)
- placeholders for up to 4 additional players (and be responsive to less (e.g. unused regions 'grey out' )
- space for an avatar
- buttons to display additional menus (pause, buy credits, current game status)
- current game (hand) playing amount
- current game (hand) pot amount
- current trumps suit
- number of rounds each player has won
- number of points/credits remaining in the player's game balance
- space for opt in / out (of the game) buttons

I have also attached the current stylesheet for guidance on colours and font styles. Where possible, the colours outlined in the style guide (and gradients of) should be used.

Other screen layouts and ideas are welcome as long as they contain each of the above elements.

Attached are two documents - a style guide (including colours) and a list of mockup screens (and how the gameplay occurs within the screen) that can be used to give an overall theme of what I want.

BamBoozal: a card game for players

Get started now
Design a SIMPLE game that is FUN and pleasing for kids!
US$499
46
entries
11
designers
Long Term Project - BIG Budget $$$ - In Need of *Email Marketing* GAME!
$999
Game app that helps teach people how to do email marketing. crazy right!? The entire goal of the app is to motivate, i
50
entries
6
designers
Design the future of cash play mobile tournaments!
$1,299
MegaFans is the best way to play games for cash. It is a mobile app platform that allows game developers to quickly off
79
entries
14
designers
Need zesty App design for a new toy swap app
US$899
Toy Around is an App that allows to tap into your many networks to swap, buy/sell, donating toys to charities or recycle
77
entries
28
designers
Hard Game UI redesign (Space Revenge)
SGD 2,879
Space Battle Mobile Game
68
entries
26
designers
Duby: the Cannabis App that pays
599 USD
Duby is the largest social network dedicated to today’s rapidly expanding Cannabis industry. Our Company was created
42
entries
21
designer
Learn more about app design
See how it works