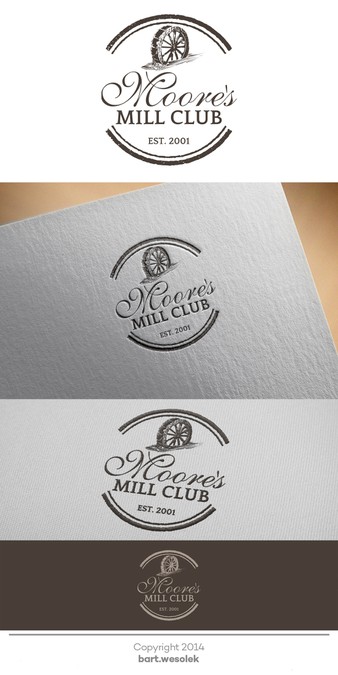 jkarabasz needed a new logo design and created a contest on 99designs.

A winner was selected from 73 designs submitted by 29 freelance designers. 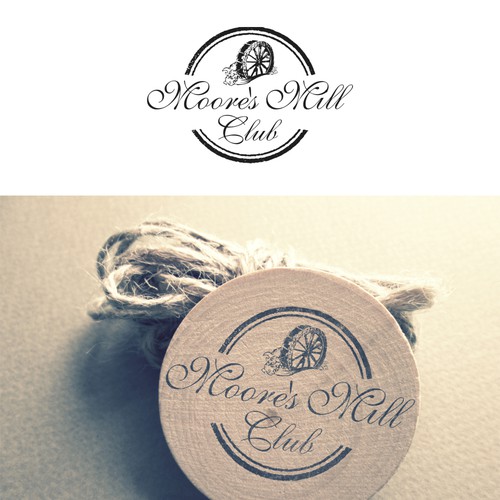 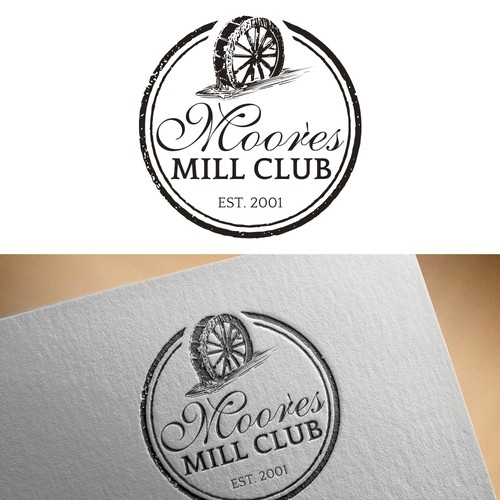 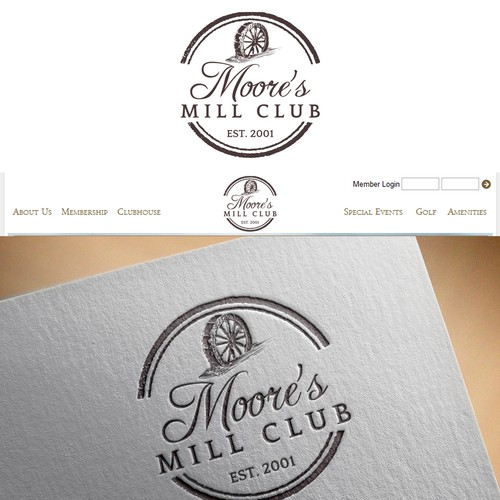 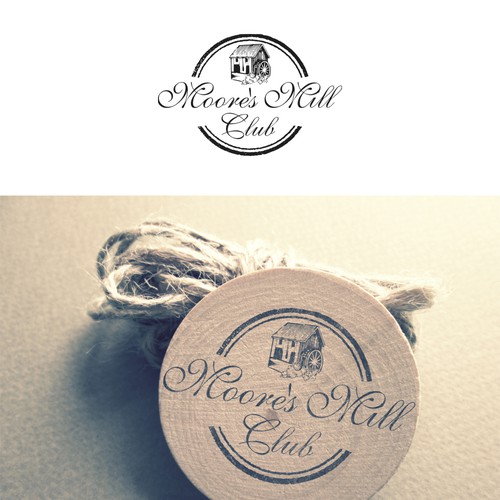 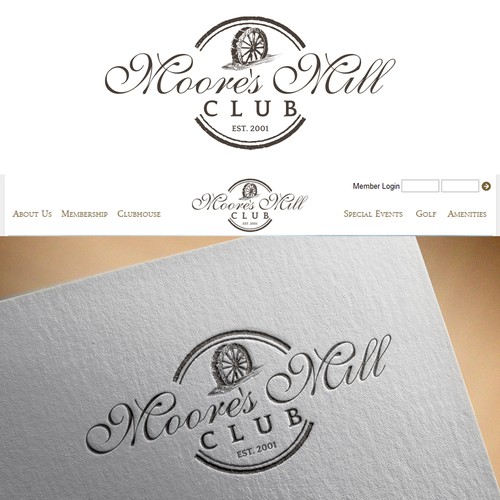 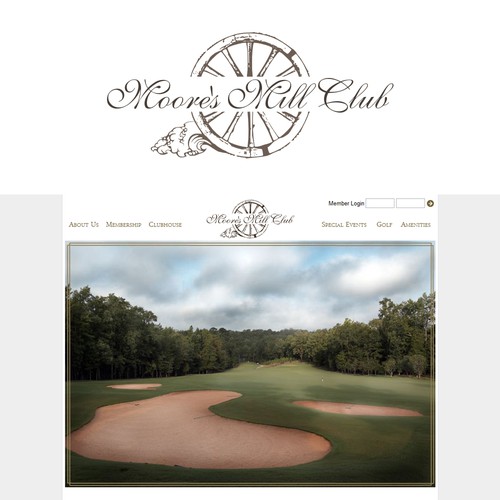 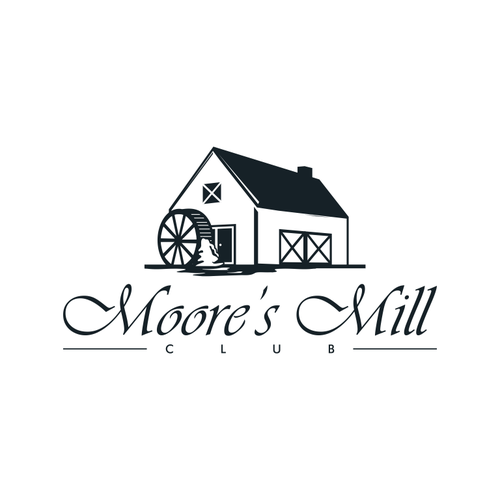 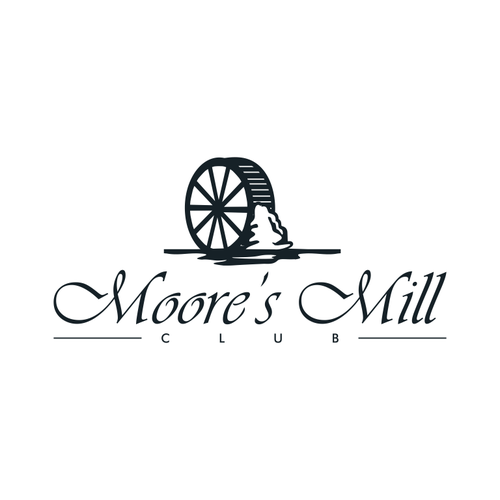 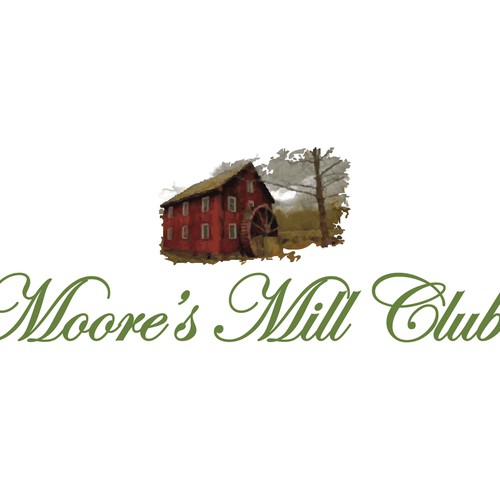 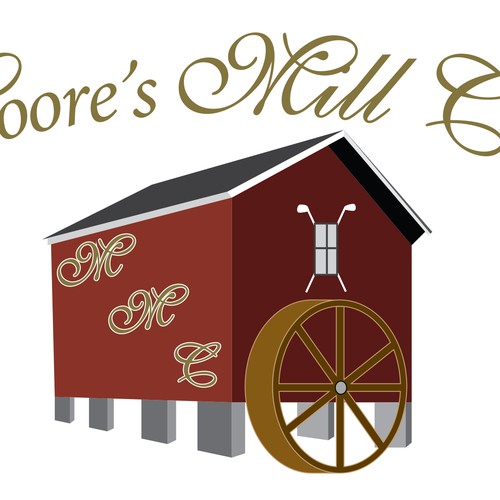 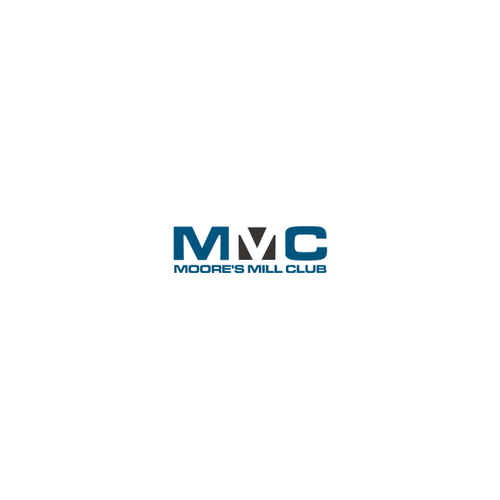 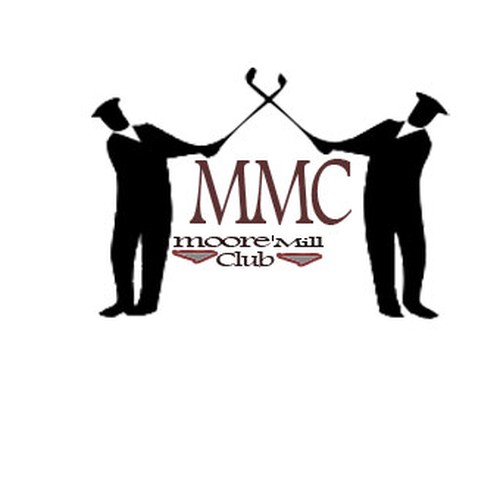 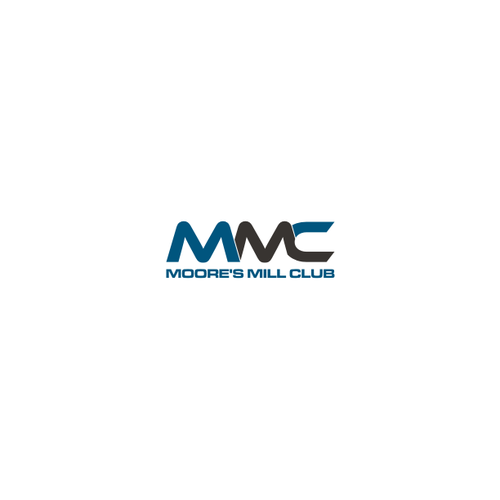 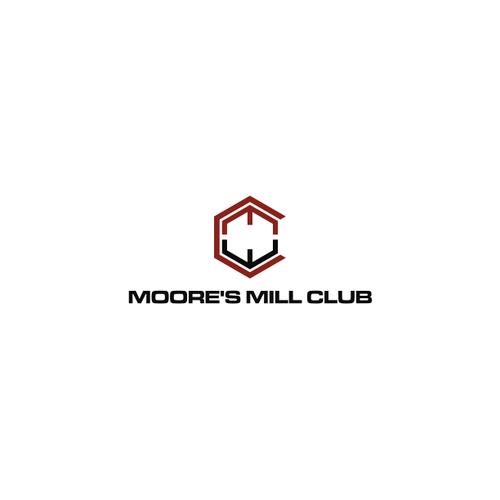 Finalist - Lovely Avenue
I was thoroughly pleased with the attention to detail, quickness or responses to request, and the designer's ability to bring about my vision. Thank you!
- jennlei423

Loaded a picture of the background of Moore's Mill Club:

From humble beginnings, The Moore's Mill Golf Club originated on the
site of one of Auburn's oldest grist mills.

Family history reveals that Moore's Mill, located on the eastern
outskirts of Auburn, Alabama, was built by Spencer Moore who was a
millwright. He and some of his family were among the earliest settlers
in East Alabama during the 1830's. Moore built mills throughout the
Carolinas, Georgia, and Alabama. He also built gristmills in Terminus,
Georgia, now known as Atlanta. Born December 20, 1790 in Sussex
County, Delaware, he was the son of Joshua II and Phyllis Taylor
Moore. Joshua Moore was a Methodist minister, and a large land and
slave owner. Spencer's mother, Phyllis, was a sister to Zachary
Taylor, the twelfth President of the United States.

When Spencer Moore first came to East Alabama from Monroe County,
Georgia, he first bought property from an individual in Macon County,
Alabama on July 21, 1832. His other recorded land patent purchases in
East Alabama spanned the period between 1835 and 1849. Some of those
patents were issued in his name, and some were issued jointly with
either of his son-in-laws, Orrin Cox and Willis Cox.

Spencer Moore was involved in the purchase of at least 4,080 acres of
land in Macon, Russell, and Tallapoosa Counties [prior to the
formation of Lee County]. Almost all of this land lies in present day
Lee County. It is interesting to note that during this period, three
Presidents signed his Creek Indian land patents: Martin Van Buren,
James Polk, and his uncle, Zachary Taylor.

Spencer Moore purchased several hundred acres adjacent to Saugahatchee
Creek or along tributaries to the Creek in present day Lee and
Tallapoosa Counties where he most likely built gristmills for himself
and others. Within the largest contiguously owned family properties
near the Saugahatchee lies the Moore Family Cemetery, where he is
buried, north of Loachapoka, Alabama.

Spencer Moore married Susannah Graham and they had twelve children.
Spencer served his country during the War of 1812. He was a
contributor to the first college in Auburn, the Masonic Female
College, chartered in 1847.

The exact date of construction of Moore's Mill is not known, but it is
believed that Spencer Moore built the mill for his youngest son,
William Osborne Moore (born March 13, 1825), near Auburn prior to
1849. The mill and property later passed to William's son James
Osborne Moore. The last known direct descendent of Spencer Moore to
live on the property was Wesley Moore. This home is the first house,
presently standing, on the right side of Moore's Mill going toward
Auburn as you pass over Interstate I-85, and is located about one-half
mile west of the site of the mill.

The mill was located on Moore's Creek off of Moore's Mill Road on the
outskirts of Auburn, Alabama. The old mill foundation and the remains
of two millraces exist today on Moore's Mill Golf Course, and can be
seen on the right side on the fairway of Hole #8. Two hewn timbers are
imbedded in the creek at the site of the Mill, which were part of the
foundation structure supporting the water wheel. One of the millraces,
which served to funnel water from the millpond to the water wheel, is
cut into the hillside along the tee boxes on Hole #8. The photo of the
mill, circa 1890, shown here, can be found in Auburn, A Pictorial
History of The Loveliest Village; authors: Logue and Simms. The mill
was destroyed in a fire in the 1920's.

Spencer and Susannah Moore are buried in a cemetery outside of Auburn
near the old Rocky Mount Church. Theirs are the only marked graves in
the family cemetery. There are about 40 unmarked graves, some of which
may be slaves who assisted in building Moore's Mill and other mills in
this area. The old Cemetery is not maintained but it has historical
significance to the Auburn area. It is surrounded by a 100 X 100 feet
rock wall enclosure standing 4 feet high and 3 feet wide, built by
slaves. Monuments identify Spencer Moore born December 20, 1780, died
July 27, 1869; and Susan [Susannah] Graham Moore born January 6, 1784,
died August 22, 1848

Who doesn't love Sasquatch?
US$ 299
We build the best archery targets in the world, and they have a Sasquatch on them.
74
entries
24
designers
We Want YOU to Create a Game Logo
JP¥32.199
We are developing a new horse racing and breeding game called "Victory Horse". I wish you to create the logo for the ga
62
entries
21
designers
VR Lounge Escape Room Logo Design
$299
this is a new multi location for escape rooms, and VR longe technology. we want you to reference https://nmescaperoom.co
56
entries
19
デザイナー数
Design a logo for a new technology forward gaming studio
$299
Second Legion is a new, technology forward gaming studio that specializes in blockchain games. Our audience is the wider
48
entries
13
designers
Chicago Disc Golf Club needs a logo
$299
We're a social and competitive disc golf club in Chicago. We aspire to be the premier disc golf club in the midwest. We
58
entries
14
designers
Design a playfully modern logo (of a toaster!) for small design and prototyping firm.
299 US$
Small design firm that designs retro arcade games (think Ms Pacman cocktail arcade tables), custom home theater componen
93
entries
21
diseñadores

Get started now
Turn a 3 star logo into a 5 star
$299
Improving one's trade skills and speaking openly about sensitive issues
110
entries
17
designers
It's ALL part of the Adventure! BaseCamper
US$299
This is a slogan that will be used, I did not include it in the Slogan field as I don't necessarily want the Logo to alw
123
entries
16
diseñadores
Logo for an Event Platform/App
819 €
Calendify (https://calendify.com) aims to experience new things and bring people together: we believe it's important tha
265
entries
71
designer
Asian workforce group needs your creative spin
USD 299
it is a name of an Asian Workforce Resource Group and it is targeted towards professionals
54
entries
25
diseñadores
Oddball.games
US$299
Convinces people to play real games like pool, ping pong, table shuffle board, foos ball, darts, corn hole, ladder ball
79
entries
13
designers
Game Theory Tables - Host the ultimate game night!
$299
We are creating a new board game table company called "Game Theory Tables" that makes premium custom board game tables f
25
entries
10
designers