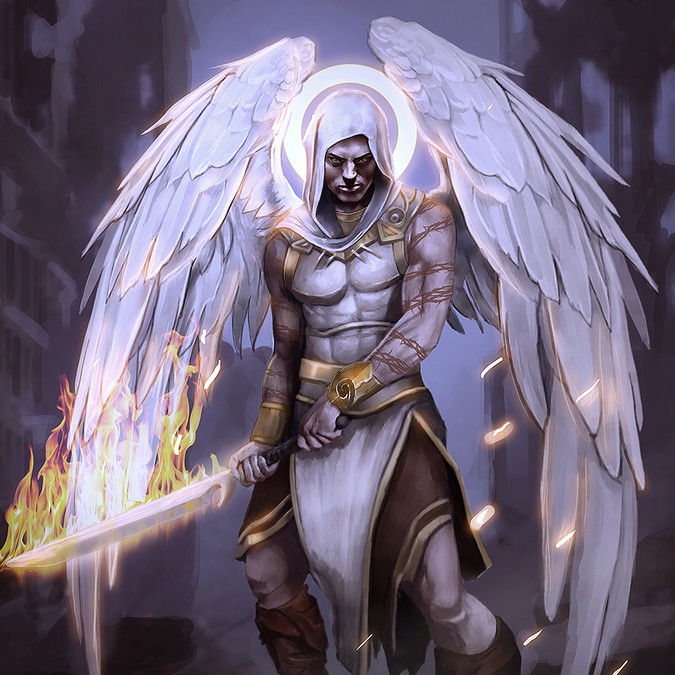 dominick.albano needed a new illustration or graphics design and created a contest on 99designs.

A winner was selected from 91 designs submitted by 45 freelance designers. 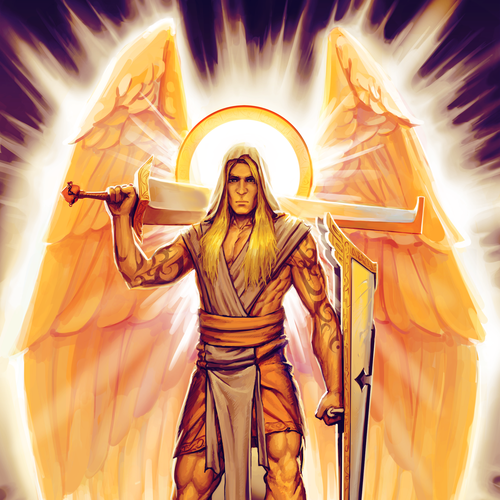 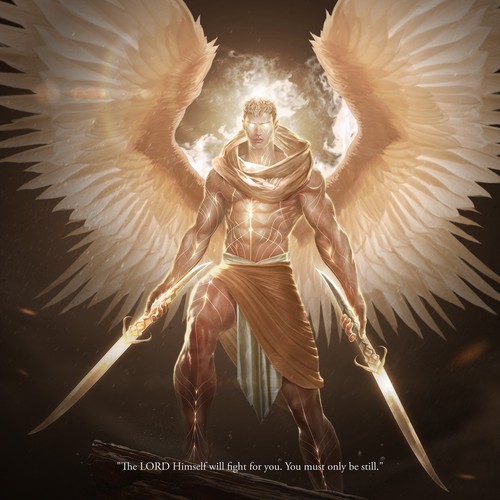 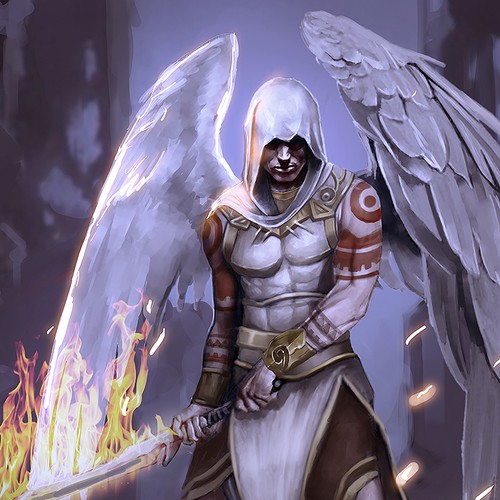 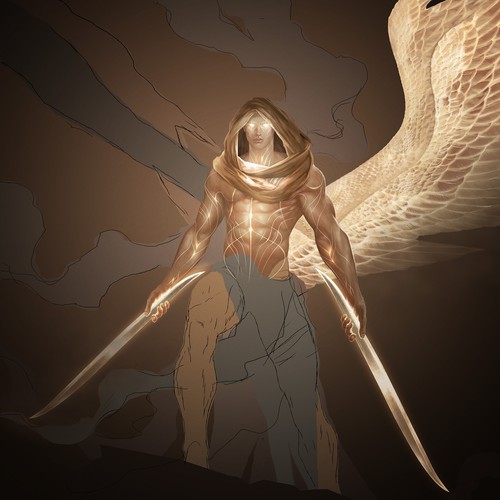 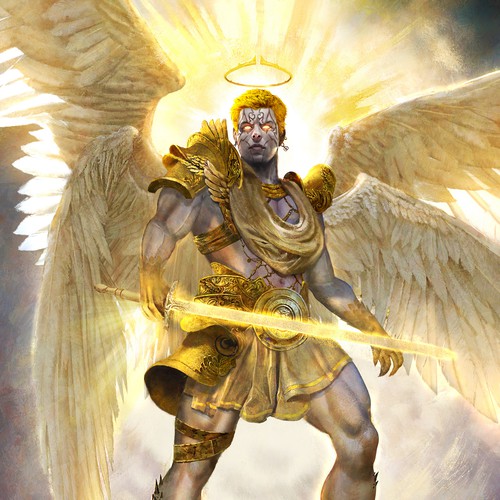 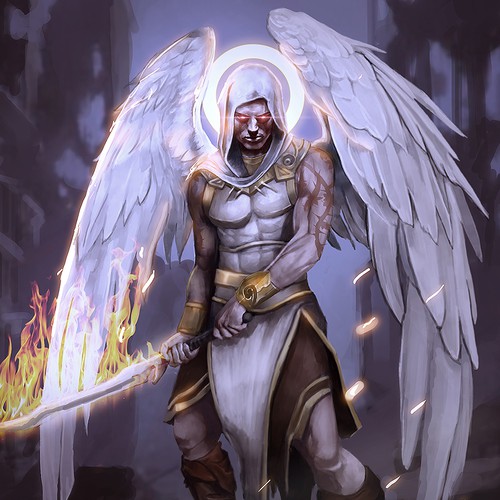 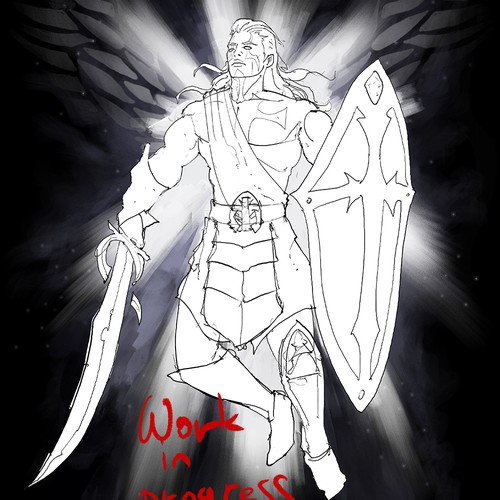 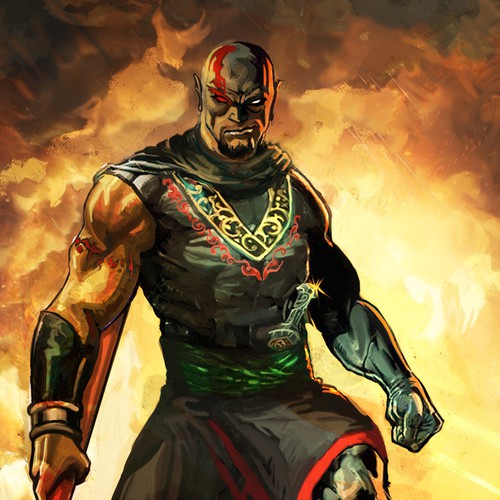 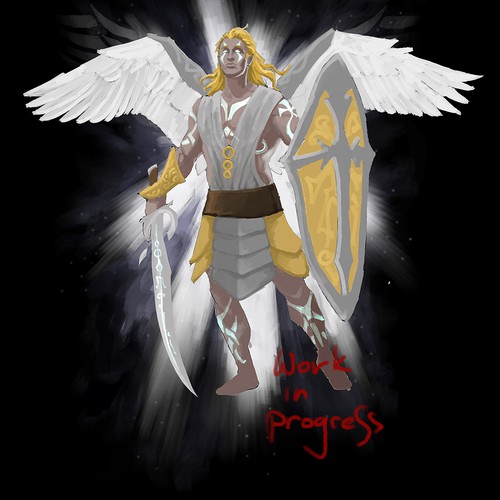 Winner - kalong
Kalong did an exceptional job of creating the book cover I was after from my notes and descriptions. He did a great job in making changes once the design was in flight. VERY responsive. I will be going back to him again in the future.
- tgondolfi

Finalist - iqzir08
Iqzir08 is a very skilled artist. Best of all, he interpreted what I asked for in writing - in my case a kid with a gorilla's leg booting a football - and nailed it! I took one look at it and said, "Oh yeah, that's exactly what I want for my book cover."
- Anonymous

Finalist - Wickard
Eugene is a joy to work with. He is both professional and creative. He listens to my needs and finds a way to bring my written ideas to life. I highly recommend him.
- gayle.cinnamon

How dominick.albano started their illustration or graphics journey

I want original artwork created for my 9-year-old son's bedroom.

We are a Christian family and quite frankly, almost any products out there for Christians are super lame. Especially if it is made for kids. If you choose this project, feel free to research everything that is out there right now, and do NOTHING like that.

I want a picture of a guardian angel for his bedroom wall. And I want it to be badass. Something that makes him feel protected and safe. But not some glowing archaic feminine angel. I want something that looks powerful, frightening, and not entirely human.

In the bible, whenever an angel showed up, the people were terrified. In most stories, the first things the angels had to say was, "Be not afraid".

I want the angel to look like a cross between Batman and a Ring Wraith (Lord of the Rings). But not dark. The angels were creatures of light.

Modern images of demons look frightening and powerful. Demons are fallen angels, the only difference in them should be darkness vs. light.

In my mind, I see a brilliant yellow/gold figure, radiant. He is in a protective pose. Standing, possibly looking down over the front of the canvas, as if he is looking down over someone. He is clearly ready and watching. Maybe it's more like he is standing in front of you. Like he is between you and something truly awful.

He's a bit scary. He looks human, but also in some ways not human. He's scarred and has markings that look like the markings you'd find on some indigenous tribe. Piercings. Tattoos even. But not modern tattoos. Tattoos like you might see on a samurai or a Persian warrior.

He has weapons. Again, nothing modern. Take the image in your mind of weapons like a sword or a spear or a katana, and then imagine that those weapons were INSPIRED by whatever this angel is holding. Like the Angel was holding something truly amazing, and what we humans ended up with is just a sad imitation of the power of the Angels weapons. Be creative.

For clothing, he can have robes, more clothing or less clothing (not naked, awkward). His clothes could be influenced by Persian warriors, spartans, samurai, Jedi masters. . . all the coolest elements. I've included the traditional angel garb in an image as well which you can feel free to incorporate. No armor. Angels don't need armor.

Nothing can defeat this creature. You should be able to feel that.

One last thing to add: We will likely be printing this on canvas with a wrap. Probably going to print on a pretty large canvas: 24" x 36" is my guess. Or somewhere very close to that. Also, in my mind I've always pictured this as a portrait print, but don't be limited by that! I'm open to landscape if it works better that way. But it doesn't have to be that.

The batman and superman images below convey the kinds of poses. I wouldn't limit yourself to copying these exactly, but they are in the realm of how the pose should make you feel: protected, watched over.

The classical image of the angel shows what traditional images look like. IT SHOULD NOT LOOK LIKE THIS. But incorporating some elements of the hair, or clothing, wings, weapons, is OK. Pick the elements that strike you, but don't just copy them. Elevate them into something that strikes the overall mood of the piece.

The image of the demon shows just how much better modern art of demons is than angels. It's frightening. Human, but not quite human. Take those elements of fear and power and include them.

The artwork should be bright and full of light, darkness perhaps in the background, but the angel especially should emanate light. It should look powerful and frightening and give you a feeling of being protected.

it should be an image a 9 year-old-boy who loves comic books and star wars and legos and goosebumps books looks at and thinks is amazing and cool. It should intimidate him a bit, but in a way that lets him know there is something very powerful on his side.

There is a scripture passage that inspired all this from the Bible. Exodus 14:14 - "The LORD Himself will fight for you. You must only be still." At one time I thought about including this passage at the bottom of the artwork somehow. But now I'm not so sure. If you think there is a way to include it in a cool way, we can try that. But I don't want it to look cheesy.

The figure should look like a cross between a superhero from a comic book, and a super badass character from a final fantasy video game.

Get started now
Character Illustrations for 10 Small Cards
$400
Game of Energy is a board game that puts all of the world's energy industries together, requiring each player to find...
27
entries
4
designers
Design a beautiful illustration for our werewolf games!
A$339
We are a group of friends who organizes free werewolf events in a local pub. Werewolf is a social game where everyone...
53
entries
27
designers
Design a Freaking WICKED Indie Game Banner Image for ProjectMQ
$549
ProjectMQ is the global community for indie game studios and fans: https://www.youtube.com/watch?v=tCoscCfL5lY
17
entries
4
designers
Spotnet Cybercafe Social Media Design
$ 1.699
We want some theme of some alien themed design for our cybercafe any concept is welcomed...
22
entries
7
Designer
Meme Dragons VR game store art
$549
This design is for the store-page art of my upcoming VR game, Meme Dragons. There may also be a follow-up opportunity to
53
entries
15
designers
Cute POTATO character design for kid's toy!
$349
Fun toys for kids meant to get them moving!
123
entries
67
designers
Learn more about illustration or graphics design
See how it works