megafaunasoft needed a new icon or button design and created a contest on 99designs.

A winner was selected from 149 designs submitted by 34 freelance designers. 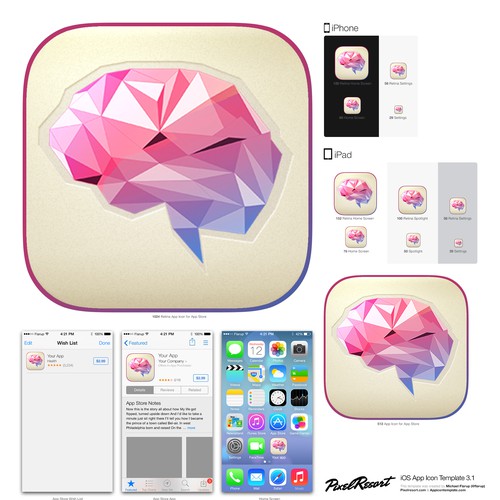 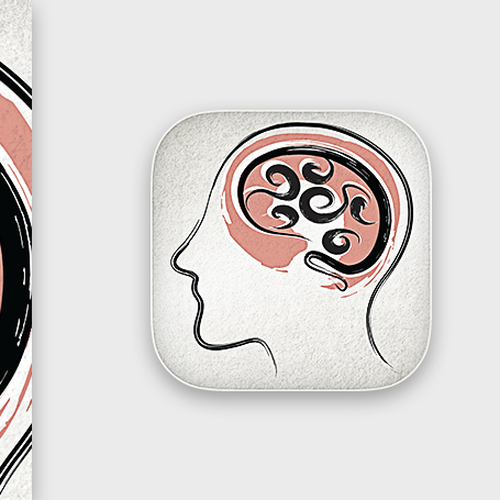 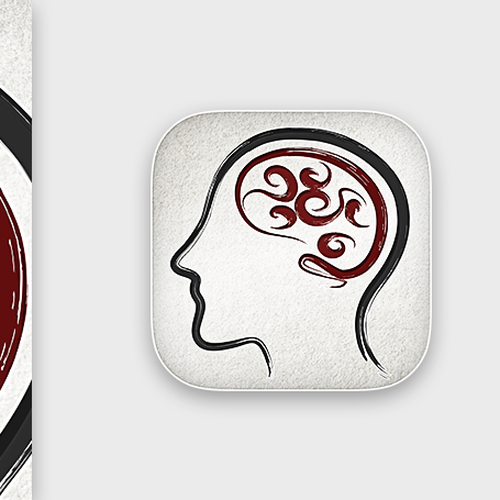 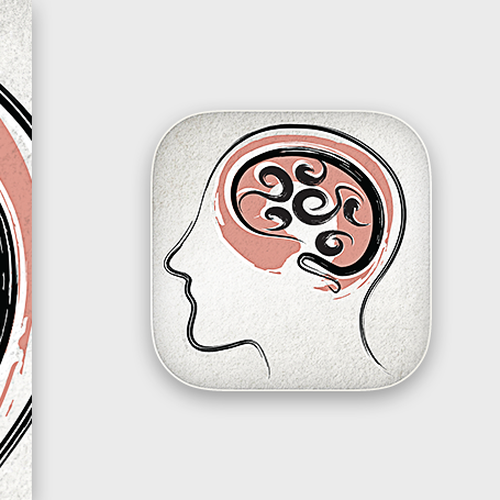 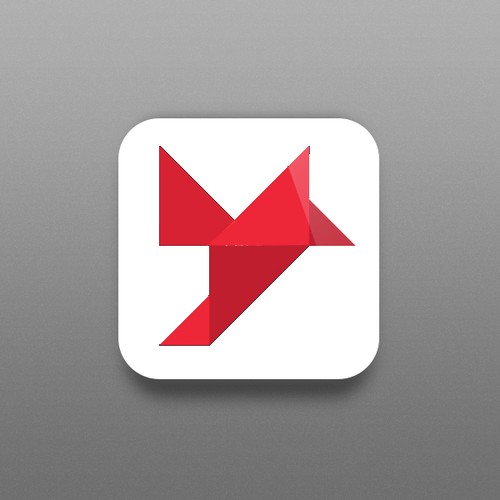 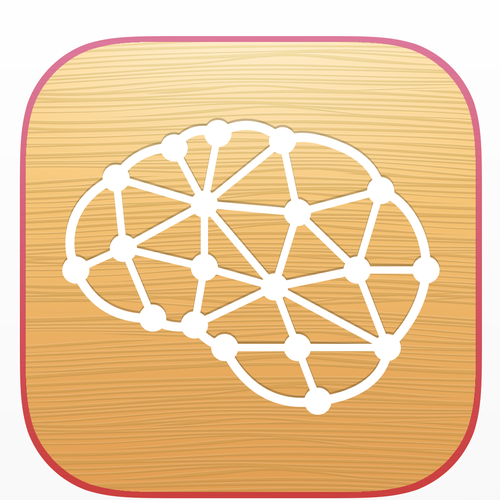 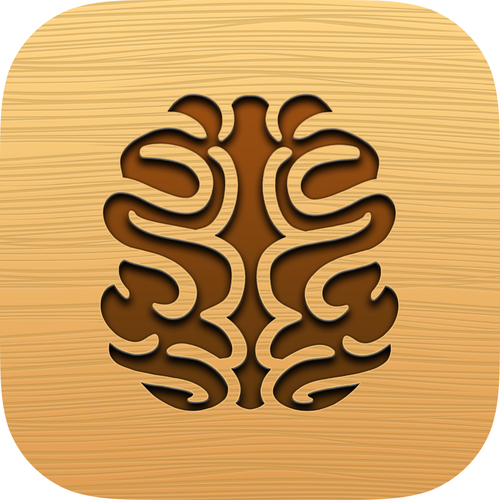 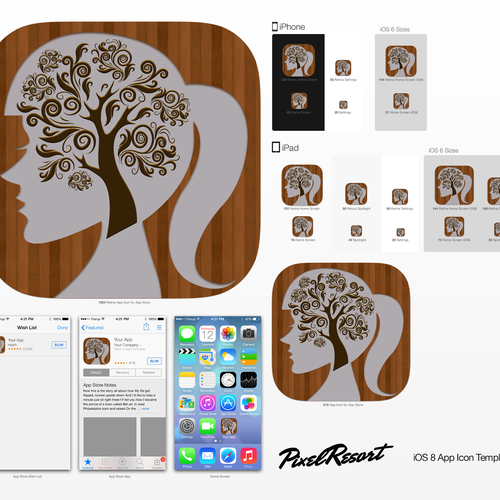 Winner - creative²
Creative Squared is great to work with! Timely, professional, and full of good ideas. I will use them again!
- Anonymous

Finalist - Carlos Afonso
The outcome is better than I expected. Carlos listens very well to your wishes and has an eye for details.
- Anonymous

Finalist - kristina_pavlovic
Top quality as ever - thanks!
- Peter Oxley

How megafaunasoft started their icon or button journey

An app icon for the mobile game "Brain Yoga".

I have an icon for this game that I like ok (PSD attached), but it
does not communicate that it is a "brain game" very well.

Frankly, the current icon could be for almost anything.

(The flower in the icon is also used in the game as part of the logo.)

New icons that use/adjust the current flower design could be ok. I
am not averse to using the flower in general, since I think it does
almost convey "flourishing mind". The flower starts out closed and
opens up on the main menu screen as a bit of animation, which I like.
It might be hard to keep the flower and make the icon say "brain
game"
though.

One thing I like about the current icon is that I think it conveys
quality and looks appropriate for older people, since it does not
look gimmicky (e.g., no explosions, no comic sans or other cartoony
writing, no images "jumping out" of the icon.) I'd like to maintain
that niche if possible, while putting more emphasis on the fact that
it's a brain training game.

I have also attached a real main menu screenshot from the game and a
PSD that it was based on (the PDF is slightly different). You can see
additional in-game graphics here
https://play.google.com/store/apps/…yoga&hl=en
and here
https://itunes.apple.com/us/app/bra…26568?mt=8

The icon should probably match the style of the game (natural textures
and colors, peaceful/quiet design, nonspecifically Asian/zen themed).
Abstract designs could be ok too, as long as they convey "brain
training game". I don't have any better ideas than the current icon,
so
anything goes really.

I would guess that "fiddly" designs, with a lot of different elements,
will not work.

The game is supposed to be simple and approachable for an older
audience, with no high scores, timers, noises etc.

I do not really like the current top brain games icons so I cannot
point to anything comparable out there that works for me. The
standard icon for a
brain game is a picture of a brain and a bald person's silhouette,
butI think there must be some other possibilities!

In general, I do not find anatomical pictures of brains too appealing.

I think I have to acknowledge that it might be difficult to avoid the
sideways-brain motif, or a head in profile. Since everyone else uses
this type of image, it's recognizably the image for brain games.

Here are some issues I have noticed with the first batch of entries.

- Too much yoga. I want people to know it's a brain training game, and
not confuse it with a yoga app that teaches you poses.

- Brain too anatomical. This one is tough to pull off, but a human
brain is not the most appealing sight, nor the most relaxing. Sorry, I
don't know the best solution here....

- Colors and textures too saturated, or too flat. One of the leading
entries uses a wood grain, which I think works better for this game
than a flat, saturated pink or something else "unnatural".

New icon or button design wanted for GoExplore.com
$199
GoExplore needs outdoor sport icons!
26
entries
6
designers
App icon for "Jeopardy inspired" trivia game needed!
299 US$
We make fun apps for smartphones. The target audience is anyone who has a playful and curious spirit.
133
entries
29
designers
Ecler Studios need icon for iOS game!
199 $US
We create mobile games, currently our first iOS title - "Spaceship Alpha".
156
entries
46
designer graphistes
Simple flat icon needed for a mobile game!
$299
Word Gobble takes the fun aspect of word-grid spelling games and combines that with unique word missions.
148
entries
30
designers
Design the appstore Picto of our funny mobile app!
EUR 149
Woot! is a mobile application. You take your picture, shake your phone to puzzle it and send it thus to a friend. He ...
56
entries
17
Designer
Solebon Sudoku - new iOS app from a leading app studio
US$ 199
Solebon is a developer of casual game applications for mobile devices....
69
entries
15
designers