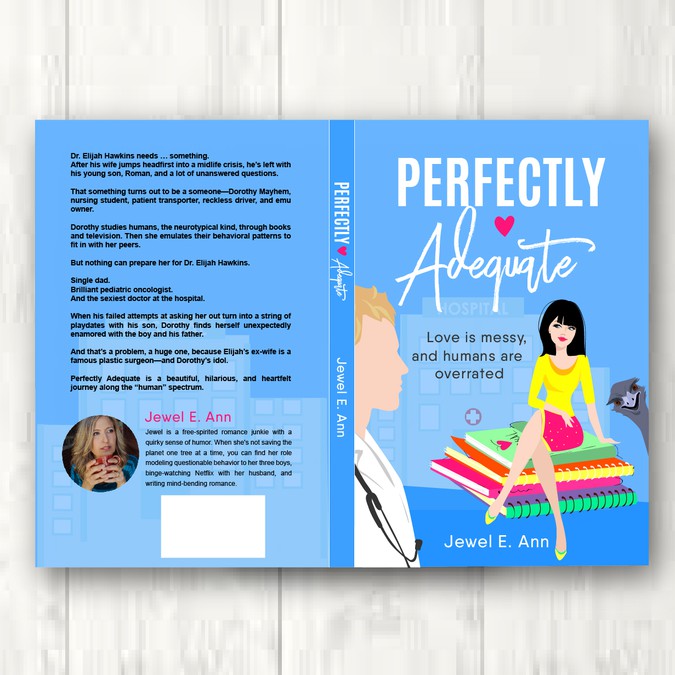 JewelEAnn needed a new book or magazine cover design and created a contest on 99designs.

A winner was selected from 43 designs submitted by 13 freelance designers. 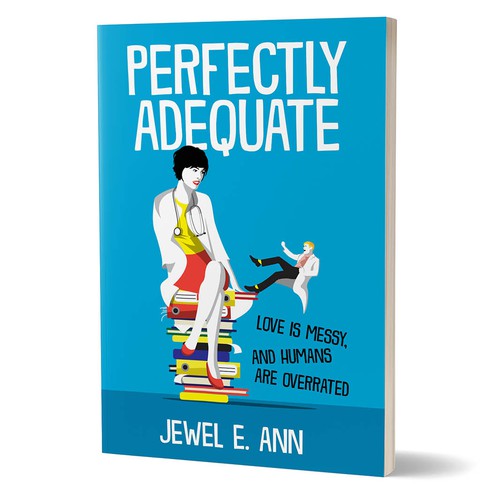 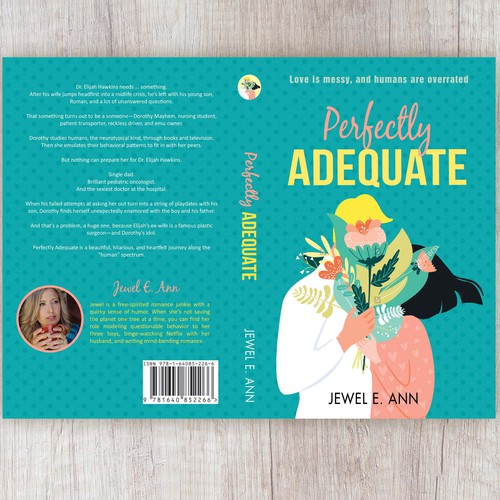 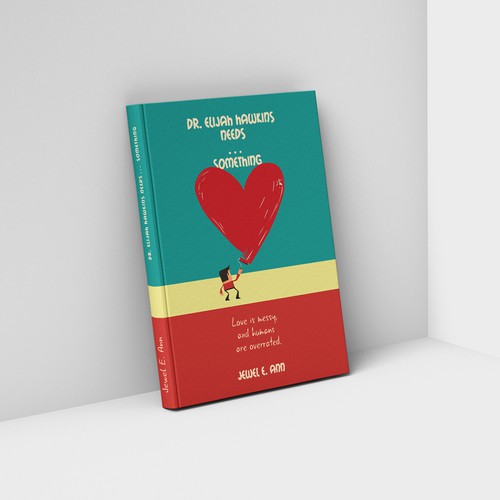 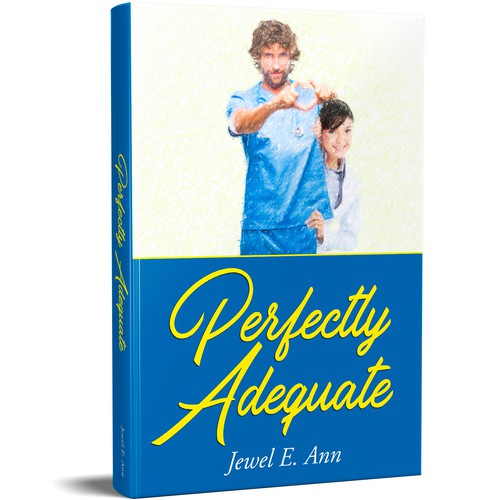 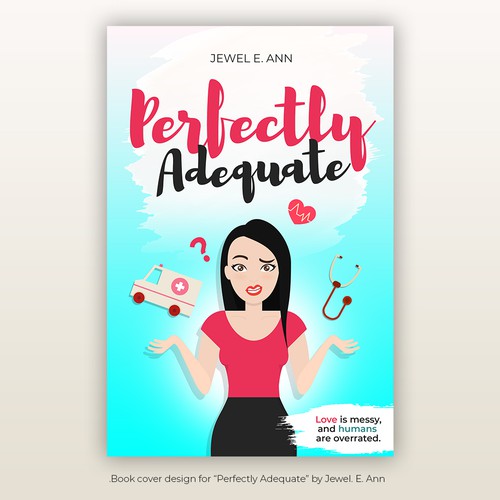 Finalist - Biserka Design
Always a pleasure to work with this provider.
- bdmayer2002

Finalist - Erudite"
Erudite has a great taste and works quickly and customer oriented. Thanks to Erudite, my single can go online before the year ends. Happy New Year to you all!
- MaciekN

Jewel is a free-spirited romance junkie with a quirky sense of humor. When she's not saving the planet one tree at a time, you can find her role modeling questionable behavior to her three boys, binge-watching Netflix with her husband, and writing mind-bending romance.

Dr. Elijah Hawkins needs … something.
After his wife jumps headfirst into a midlife crisis, he’s left with his young son, Roman, and a lot of unanswered questions.

That something turns out to be a someone—Dorothy Mayhem, nursing student, patient transporter, reckless driver, and emu owner.

Dorothy studies humans, the neurotypical kind, through books and television. Then she emulates their behavioral patterns to fit in with her peers.

But nothing can prepare her for Dr. Elijah Hawkins.

Single dad.
Brilliant pediatric oncologist.
And the sexiest doctor at the hospital.

When his failed attempts at asking her out turn into a string of playdates with his son, Dorothy finds herself unexpectedly enamored with the boy and his father.

And that’s a problem, a huge one, because Elijah’s ex-wife is a famous plastic surgeon—and Dorothy’s idol.

Perfectly Adequate is a beautiful, hilarious, and heartfelt journey along the “human” spectrum.

I like bright eye-catching covers. I'm partial to blues, but definitely open to something else that fits the design.

A fun cover for a romantic comedy with colors that pop and design that has an illustrated not stock photo look. The title should be larger than the author name. **side note - the male character has dirty blond hair, the female has black shoulder-length (long bangs) hair. She wears very girly things like whimsical skirts and blouses with colorful flat shoes. OR at work she's always wearing scrubs with a T-shirt under the top that matches her tennis shoes (usually in a bright color like blue scrubs with bright pink long-sleeved undershirt that matches her tennis shoes. He's a doctor ... so scrubs or white coats. **Not caring if a couple in detail is on the cover, it's just added information. Both characters work in a hospital so medical props could be an option (stethoscope or something else). Yes a doctor. She's a patient transporter. The female character keeps stacks of journals and lists. I suppose a stack of colorful journals could be part of it. Maybe with her sitting atop of them? Just random thoughts. I welcome new ideas and creativity. She owns a farm outside of Portland where she has two emus, a golden doodle, and a trampoline. (More imagery options.)

Avoid stock imagery if at all possible. I don't like fonts that are hard to read, too script-like.

Clearly it's a romance with a comedy feel. I like the characters on here. It's bright and eye-catching but not too busy
Simple. The white at the bottom stands out. A fun cover
Again, fun cover. Title easily read and connected is cool. Bikers at the bottom - clearly boy - girl -baby - it's a simple cover, but still has a romance feel.
Clearly a romance. I pretty much love everything about this. Great color combination. Great use of space. Not too busy. And it 100% fits the story. The title easy to read, even with it being script, which I sometimes shy away from. The equations in the background are subtle, but a great added element.

Empowering book cover needed for an inspirational story-Please show entire cover including spine and back
CA$1,099
The target audience is women age 15 to 40 in Canada. Indigenous (First Nations, Metis, Inuit) women would benefit most f
58
entries
14
designers
Design a Cover for a Post Modern Jesus
$399
atheists, agnostics, but the book is a critique of religion/belief through absurdist fiction. It is also a cross genre w
35
entries
7
designers
Title the testosterone book it may help yours!
$399
Men who have symptoms and signs of low testosterone males
86
entries
19
designers
Non-fiction true crime story of a Father and son's lives ending in death and redemption
US$ 499
15 -75 age range target audience -- anybody dealing with a family member with addiction.
45
entries
13
designers
New non-fiction book on consciousness expansion needs professional cover! Guaranteed!!!
USD 299
Philosophers, self-help readers, 18-40 year olds. Americans. English speakers. New age. Spiritual people.
37
entries
9
designer
Holy Bariatrimony Book Cover
$399
Women in relationships who struggle with their weight, and the men who love, support, and are inspired by them.
108
entries
30
デザイナー数

We saved a spot for your book cover contest.